Join our Equal World campaign for an end to discrimination

An equal UN for an equal world

The United Nations has a disability committee that exists to uphold the rights of all people with disabilities around the world.

But to effectively do this, the committee itself needs to fairly represent women, as well as people with different types of impairment and people from lower income countries.

Nine of the eighteen positions on the committee are up for election on 30 November – and you can make a difference to the outcome!

Disability discrimination affects millions of people around the world. But this is not an inevitable situation – together, we can change it.

Experiences of women with disabilities during COVID-19 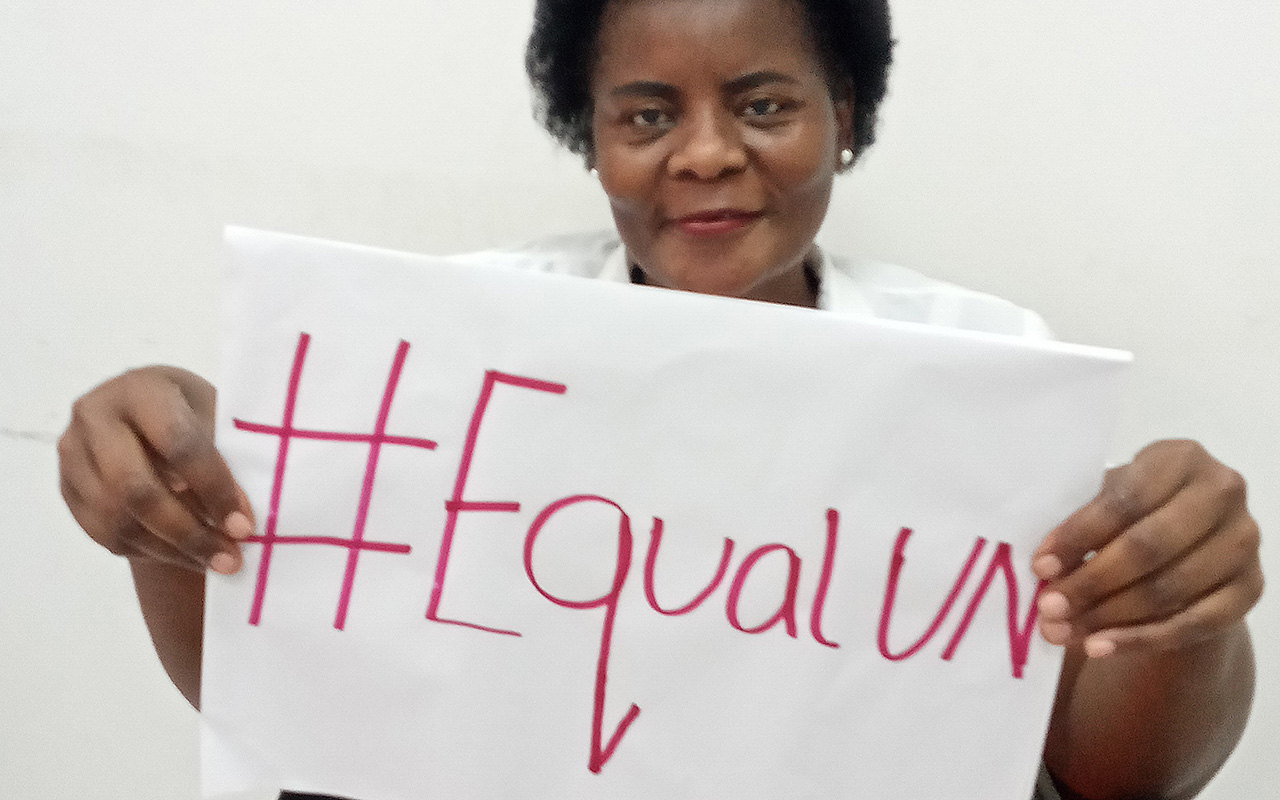 “Representation means speaking for ourselves”

It is important to ensure gender balance and equity to ensure that women have the right to a voice.

“Representation means speaking for ourselves”

Eufémia Amela is Mozambique’s nominee for the UN disability committee, which is holding an election for new members in late November 2020. She has a physical disability after being affected by polio as a child.

I am the second daughter of eight children. After I contracted polio, resulting in my disability, my parents moved to the capital of the country. There, I studied from elementary school to higher education, graduated as a history and geography teacher and graduated in planning, administration and management education, and worked as a public sector worker and human rights activist (in particular, for people with disabilities).

During my journey I [have worked on] gender issues, inclusive education and HIV/AIDS, and gained experience in national and international events related to issues of disability and gender. I participated in the preparation of training manuals on disability for service providers and an article for a book on inclusive education issues in higher education.

My experience of disability discrimination

During my life as a person with a disability, I have faced several situations of discrimination and attitude barriers. [In 1986] my boss in the workplace refused my participation in an internship in Brazil, claiming that I was a person with a disability and that I could not do it. Another situation was the rejection by my partner’s family, who said that I am not an ideal woman because my disability would prevent me from doing housework and taking care of them. I also experienced situations in which my sexuality was questioned [and suggestions] that I am very daring to have children in a situation where I am a person with a disability. This marked me in such a way that I decided to have [children. I now have] three daughters, who are the reason for my life and give me great pride to fight for the rights of people with disabilities, and in particular women with disabilities.

Why it’s so important that we have an #EqualUN

In the committee it is important that there is diversity. Although the disability community has some things in common, it is important that the various types of impairment are represented so that the different sensitivities are felt, taking into account that representation means speaking in the first person, [with our own] voices – it means nothing for us without us. Another aspect is that disability can be linked with poverty, so it is important to have representation of people living in low-income countries. This may influence states parties to promote actions aimed at allocating more resources and investments in the area of disability.

The barriers [I have experienced in trying to] access public services made me a firm woman with the courage to fight for my rights through membership in the associative movement as one of the pioneers, in the certainty that one day life has to change and that differences cannot divide us as human beings.

Eufémia is Mozambique’s nominee for the committee that monitors implementation of the UN Convention on the Rights of Persons with Disabilities.  Elections for new committee members will be held in late November 2020.

Will you fight with us?

What we're calling for

Together we can end disability discrimination

We’re taking action for disability rights in countries around the world, from Bangladesh to Uganda. Find out more by choosing a country from the dropdown list below.

Join the fight for disability rights

Get in touch with our campaigns team